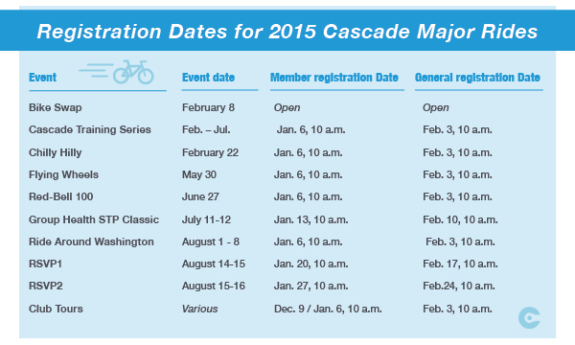 One major event missing from the lineup: The Seattle Bike Expo. As we reported previously, Cascade initially cancelled the event entirely. But Cascadia Events has since stepped up to revive a version of the Expo at a new location and under the new name The Seattle Bike Show.

The club is also offering a new deal for folks who want to do a whole lot of organized bike rides next year. A Cascade Season Pass will get you into almost all their major rides (excludes tours and Ride Around Washington) as well as a membership to the club and a jersey for $595. Wisely, they are pitching this as a good present idea this holiday season. Details: 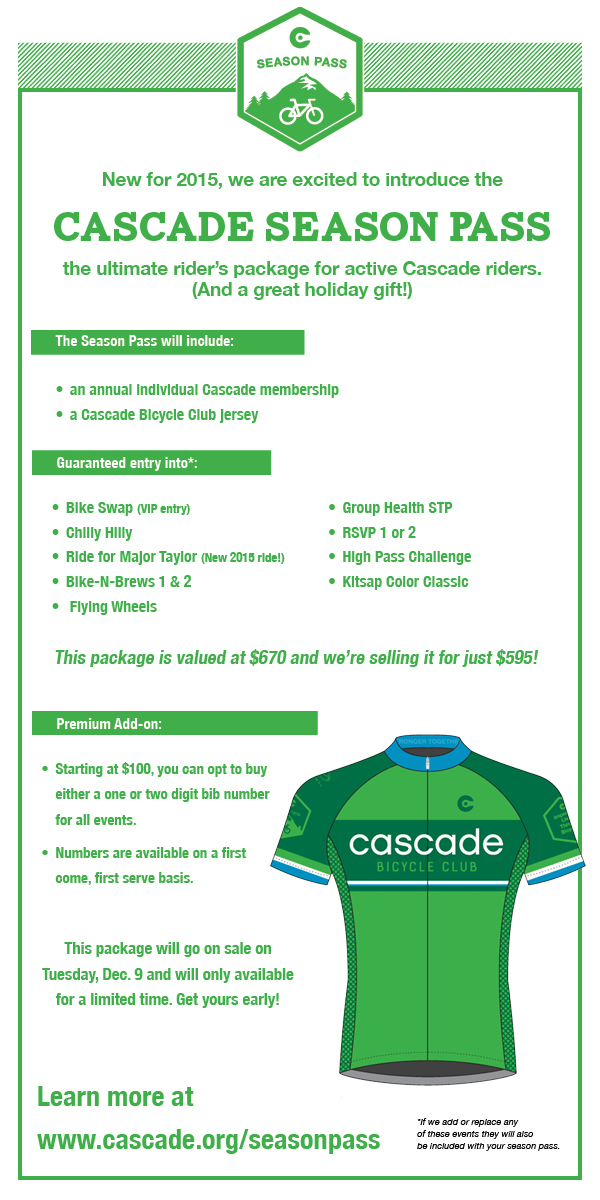 This entry was posted in news and tagged cascade bicycle club. Bookmark the permalink.