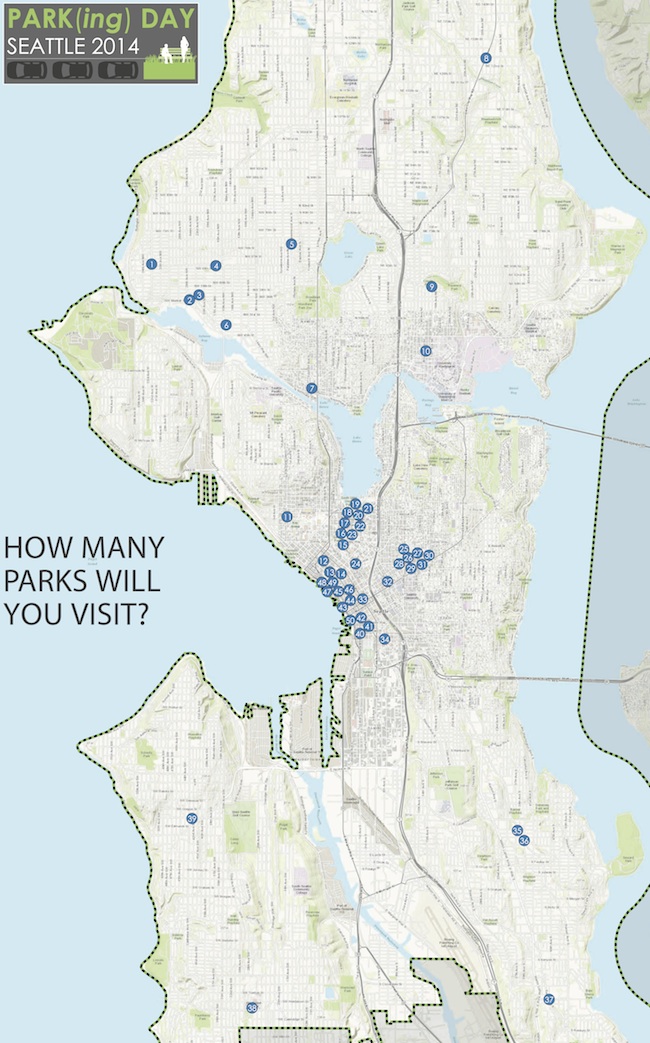 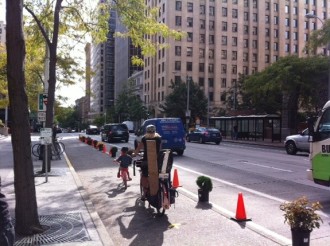 Park(ing) Day is not just for little parks anymore.

The day started in San Francisco in 2005 and quickly grew worldwide. In essence, people take over a parking space or two for one day and turn it into a tiny park sometimes while paying the meter. In many cities, it is not sanctioned and is maybe even illegal. It is a simple and bold statement about how valuable urban space is, and how much people can do in the space typically reserved for storing just one or two cars.

But the City of Seattle has fully embraced the day and even takes an organizational role helping people set up their little parks. And while that might take a bit of the rebellious edge off the event, it has also allowed it to grow into a one-day experimental kitchen for urban space ideas.

Last year’s Park(ing) Day was a turning point for both parklets and protected bike lanes in Seattle. The city’s first modern parklet in front of Montana opened shortly before the daylong parking-strip party, which sort of broke through the Park(ing) Day fourth wall by extending the concept of reclaiming a piece of parking strip for a small public space into the other 364 days of the year.

Last year also broke new ground for the event with Cascade Bicycle Club setting up one block of temporary protected bike lane on 2nd Ave downtown. By lining the bike lane with small flower pots, the club was making the point that some extra separation would go a long way for biking in busy downtown. Less than a year later, the city finished construction on a bike lane there, which opened earlier this month.

Park(ing) Day 2014 shows no signs of slowing down. In fact, it could be the largest one yet with at least 50 small parks planned according to the city’s official map.

And this year will feature two temporary bike lanes. Cascade is setting up another protected bike lane, this time on 9th Ave N in South Lake Union near Denny Park. Up in Ravenna, NE Seattle Greenways is setting up a bike and intersection redesign on 15th Ave NE and N Cowen Pl near Ravenna Park. There will also be little parks from several neighborhood greenway groups, Bike Works, the Urbanist blog, Pronto and more. Details from the city:

PARK(ing) Day happens once a year, on the third Friday in September, and is an opportunity for any Seattleite to temporarily turn parking spaces into public places. The event raises awareness about the importance of a walkable, livable, healthy city and helps people re-think how our streets can be used.

This year’s PARK(ing) Day will be Seattle’s biggest yet, with more than 50 pop-up parks for you to visit on Friday, September 19 between 9:00 a.m. and 3:00 p.m.! You can play life-sized Jenga in Pioneer Square, make your own smoothie on a bike-operated blender in West Seattle, or hear a story at the “banned books” library in Belltown.

Here are some of my favorite parks from last year: 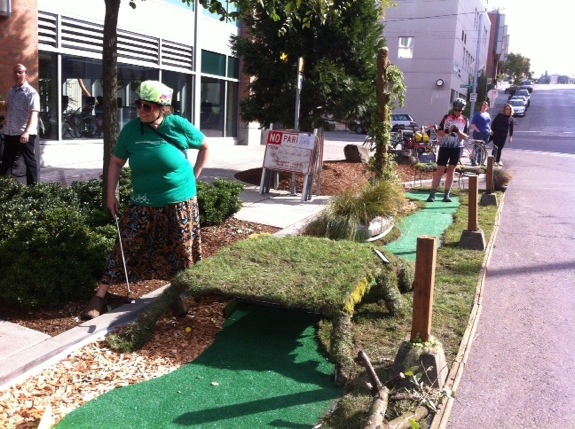 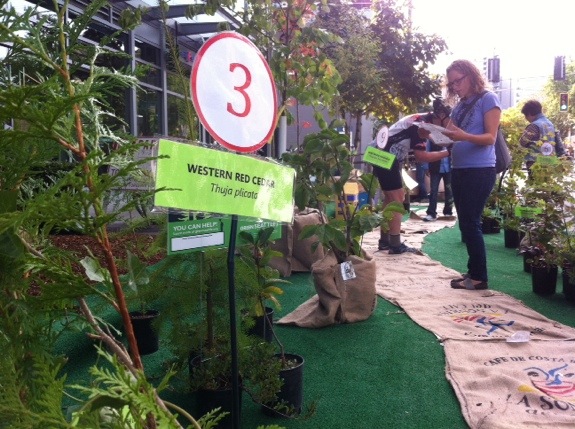 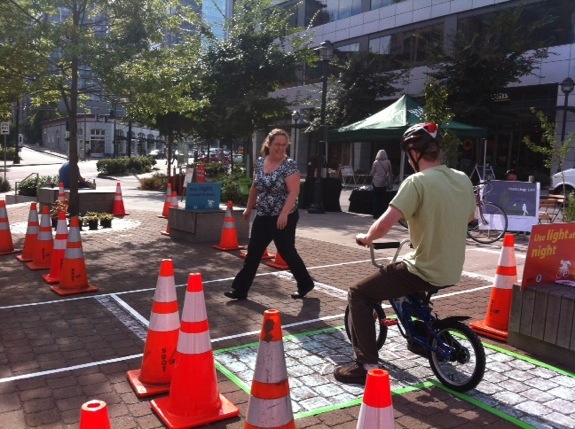 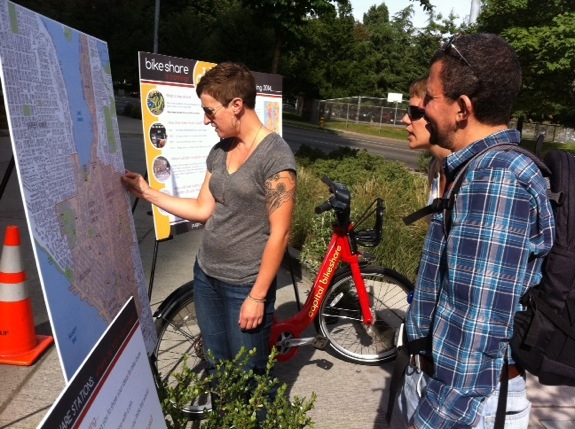