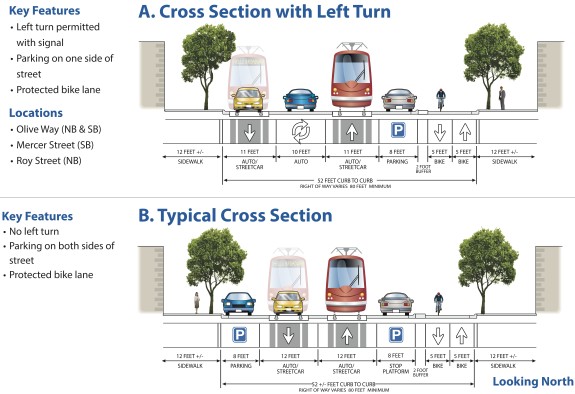 The Broadway Bikeway will extend the entire length of the central commercial drag from Yesler to Roy if and when plans for the extended streetcar are completed. If the city can find the funding, the bikeway could be ready to open in 2016.

The city held an open house last week to show updated plans for an extended streetcar on Broadway and, possibly, 10th Ave E. No matter what, plans are to extend the existing bikeway at least as far north as Roy, where the main drags curves and turns into 10th Ave E.

The biggest question facing planners and transit proponents is whether to make Roy the last stop (at least for now) or to push on for one more stop at Prospect.

But the biggest question from a bicycling perspective is what kind of protected bike lanes we want to see on 10th Ave E, which will some day provide the best connection between Capitol Hill and the planned 520 Bridge Trail. 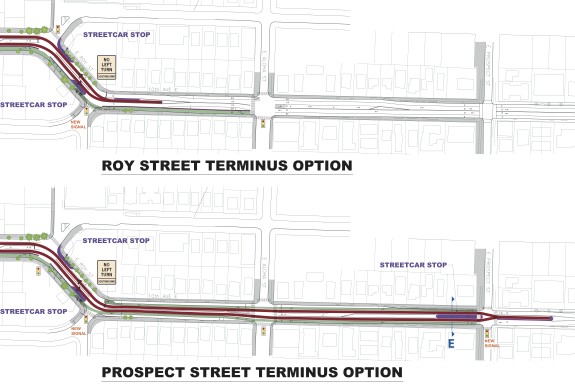 The Proscept Street Terminus would mean extending the route into a much skinnier right-of-way, and creating some crunch issues for the final station. While it appears there is enough room for at least a two-way protected bike lane, the plans presented show inadequate paint-only bike lanes squeezed between car parking and the streetcar tracks: 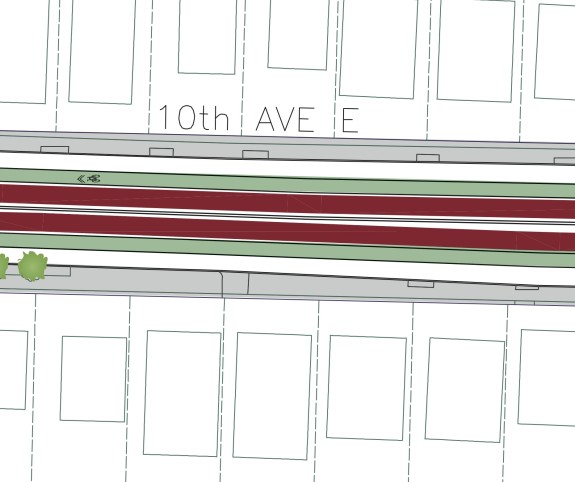 Clearly, this is not good enough. In fact, it’s a little odd they even suggested it since it goes against the Bike Master Plan and clearly creates a dangerous situation for people on bikes. This is not an argument against extending the streetcar to Prospect, but planners have to go back to the drawing board to make sure an extended streetcar maintains protected bike lanes.

Cost and performance comparisons between the two termini put the ball in Prospect Street advocates’ court. It is expected to add about 40 percent to the cost, but only result in 100-250 more riders. The major cost difference is the extra two blocks of remaking the street and purchasing an extra streetcar to maintain the desired headways.

On the other hand a Prospect Street terminus would put the streetcar line one stop closer to the U District and provide better access to Volunteer Park. 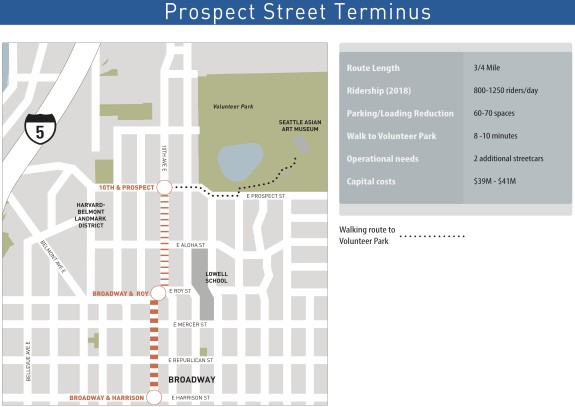 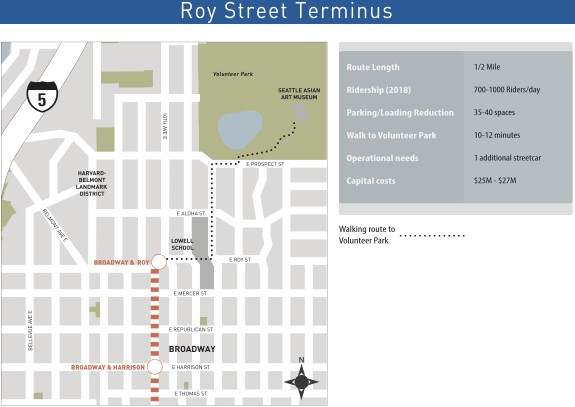 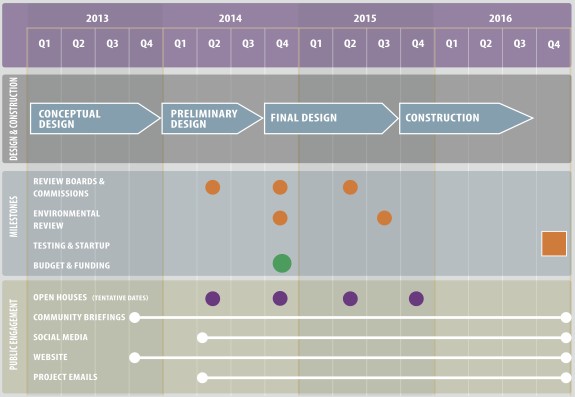 If the city really wants to put the icing on the Capitol Hill transportation cake in 2016, they should plan to complete the 10th Ave E protected bike lanes between Roanoke Park and the streetcar terminus by 2016.

This would dramatically improve bike connections to the Capitol Hill light rail station when it opens, and would help solve a dangerous stretch of road for people biking between Capitol Hill and the University Bridge.

The city repaved most of 10th Ave a few years ago, so adding protected bike lanes should not be too expensive, at least compared to many other projects where costly paving is needed. It might even cost less than turning nearby Federal Ave E into a neighborhood greenway, since that street would need heavy repaving work.