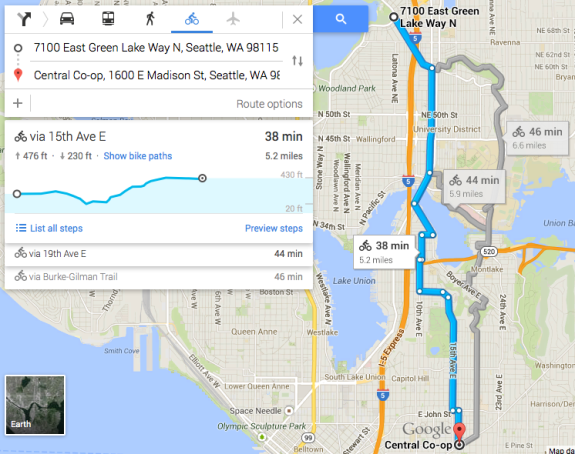 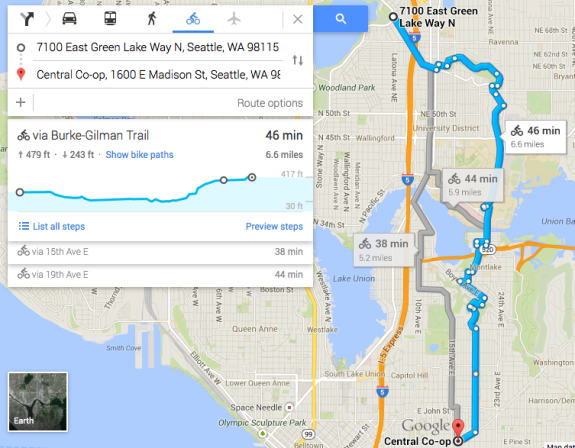 Google Maps does not always give the greatest bike route suggestions, but it is a powerful tool for planning a ride to an unfamiliar place. The Street View and satellite image features are incredible ways to answer the questions: How busy is that street? Does it have a shoulder? Can someone biking get through that dead end?

Now it can help answer another question that is a big deal for people biking in Seattle: Which route has fewer hills?

The company quietly launched a new feature to the desktop version of its maps website that gives an elevation profile for bike routes. It’s a handy way to get more detailed topographical details than the existing “terrain” layer.

Hills are an often-cited barrier to cycling in Seattle, but they are also a source of immense rewards. The city is full of breath-taking vistas and wooded hilly back roads that add to the draw of using a bike to get around. And you have to go uphill to go downhill.

But even Seattle’s most formidable hills usually have routes that are less steep and, perhaps, less obvious. So the new Google feature is one more tool to help you find them.

Founder and Editor of Seattle Bike Blog.
View all posts by Tom Fucoloro →
This entry was posted in news and tagged google maps, hills. Bookmark the permalink.