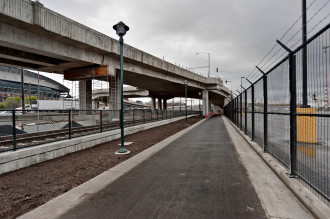 The biking and walking trail under the newly-opened Atlantic Street Overpass is now open, fixing a confusing bike connection between E Marginal Way and the Alaskan Way Trail into downtown.

When the overpass opened to traffic early this year, the bike path connection was not yet complete and many people voiced concerns that the new intersection created a dangerous situation for people on bikes. Some reworking of the area eased some of the bigger concerns, but the new trail connection is intended to be a permanent solution for people biking through the area.

Here’s a concept image with labels, from WSDOT: 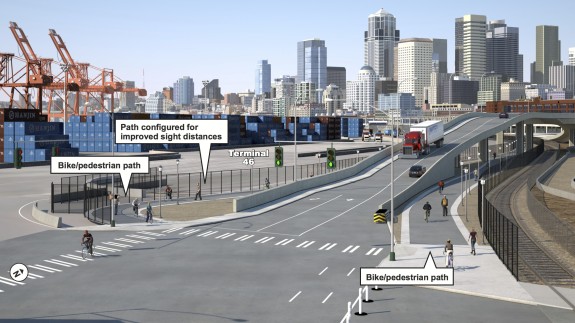 Of course, the current situation will only be this way until the Highway 99 tunnel opens (if it does open). If it opens, the area could easily become a pretty unfriendly mess for people biking and walking. Below is a concept image that shows the plans: 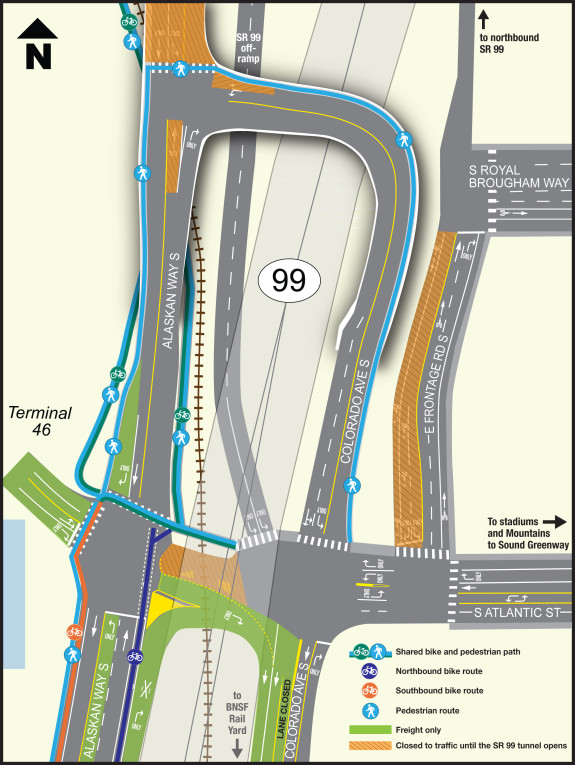