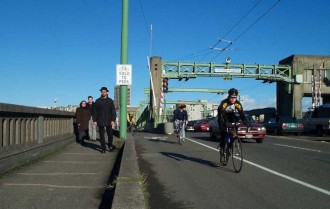 As you waited on the deck of the University Bridge, staring out at Portage Bay as a tall vessel passed through the open bridge deck, you probably did not spend any time thinking about the computer system that helps operate the bridge openings. But if you had, you probably would have assumed there were sophisticated systems at work.

You would have been wrong.

It turns out, the bridge operates in part using a Compaq 8080 running MS-DOS and using 5.25″ floppy disks, the Seattle Times reports.

Well, this week, the city is updating the bridge’s electronic systems, including hundreds of wires, circuits and, yes, the trusty Compaq. Due to the work, bridge openings may last ten minutes instead of the normal five. So be prepared for some extra wait time.

Maybe if you ask nicely, the bridge operator will let you inside for a quick game of Oregon Trail while you wait. 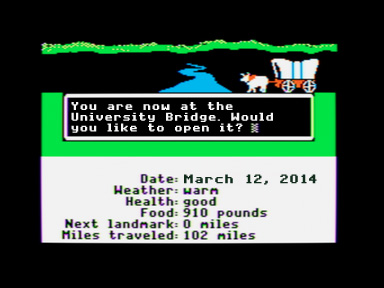