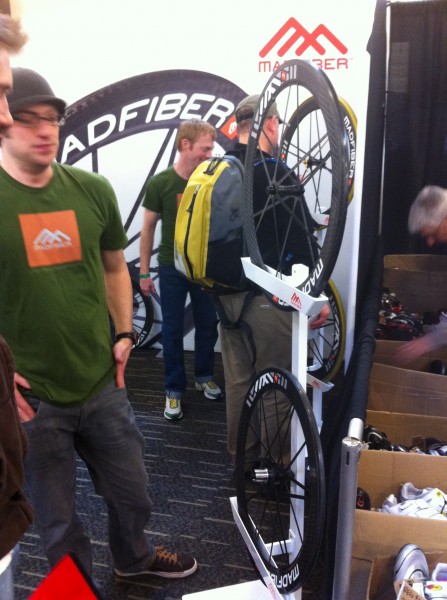 The company shut down in the fall, and co-founder Ric Hjertberg left after noting in a blog post, “I must confess my inability to understand why it had to happen.”

Divine Cycling Group (“DCG”), the investment group that purchased Mad Fiber in early 2013, has now begun the legal process to liquidate its assets and figure out which creditors will get some of what they are owed.

Being picked up by DCG was hailed as an opportunity for Mad Fiber to rapidly expand its production capabilities and market reach. Less than a year later, the company is dust.

I greatly enjoyed following Mad Fiber’s growth and promise, and am sad to see a Fremont-based bike wheel company go like this. I guess some other bike maker will have to take their place now.