Tonight: Bike researcher John Pucher will discuss how to increase cycling and walking 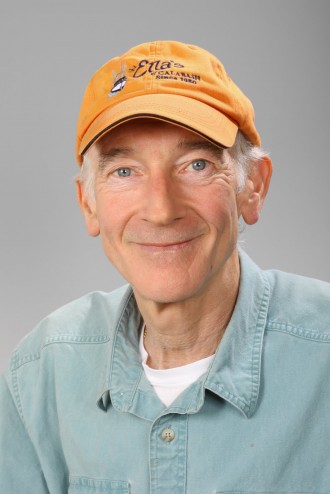 Here’s a talk that is not to be missed. John Pucher, a biking and walking researcher, will present “How to Increase Cycling and Walking: Lessons from Cities across the Globe” at 6:30 p.m. at the UW.

Pucher has also studied the connection between safe streets and public health and recently authored the influential book “City Cycling.” The book “emphasizes that bicycling should not be limited to those who are highly trained, extremely fit, and daring enough to battle traffic on busy roads. The chapters describe ways to make city cycling feasible, convenient, and safe for commutes to work and school, shopping trips, visits, and other daily transportation needs.”

If you can’t make his talk tonight (Tuesday), he will also be the Thursday keynote speaker at the Bicycle Urbanism Symposium, which starts Wednesday.

More details on the talk, from the event listing:

On June 18, we will present Prof. John Pucher — one of our nation’s leading researchers in the analysis of international best practices that make bicycling and walking safe, enjoyable, and open to everyone.

In his talk, Dr. Pucher will document the recent boom in cycling in both European and North American cities. He’ll show how cycling can thrive even in cities with no history or culture of daily, utilitarian cycling — but only if government policies provide safe, convenient, and pleasant cycling conditions. Similarly, government policies are key to encouraging walking and making it safer. While safe infrastructure is a prerequisite, it must be complemented by many other supportive measures.

We’ll learn from Dr. Pucher how Seattle — like dozens of cities in North America that have more than doubled levels of cycling since 1990 — is on the right path, but has much room for improvement. He will discuss some of the specific measures being proposed in the new Seattle bike plan, including cycle tracks, buffered bike lanes, and neighborhood greenways.

This talk is a prelude to Dr. Pucher’s keynote address at the international Bicycle Urbanism Symposium taking place June 19th-22nd at the University of Washington. (be.washington.edu/bicycleurbanism).

ABOUT THE SPEAKER:
John Pucher has been a professor at Rutgers University since 1978, conducting research on transportation economics and finance, urban travel behavior, transportation systems, and government policies in the United States, Australia, Canada, and Europe.

Over the past 15 years, John’s research has focused on walking and bicycling, and how to improve their safety and convenience for all age groups, for women as well as men, and for all levels of physical ability. John has published three books and over 100 articles in academic and professional journals. His most recent book with MIT Press is entitled “City Cycling.”

5 Responses to Tonight: Bike researcher John Pucher will discuss how to increase cycling and walking