People from all walks of life ride bicycles in Seattle, including thieves with poorly-planned robbery schemes.

A clerk at the Harvard Market Bartell’s sustained minor injuries Saturday night when a man with a red mohawk and riding a bicycle inside the store attempted to steal a phone and make his getaway on wheels. According to the police report, the woman and another employee were able to recover the phone when the mohawked man crashed in the parking lot before riding from the scene on Harvard. 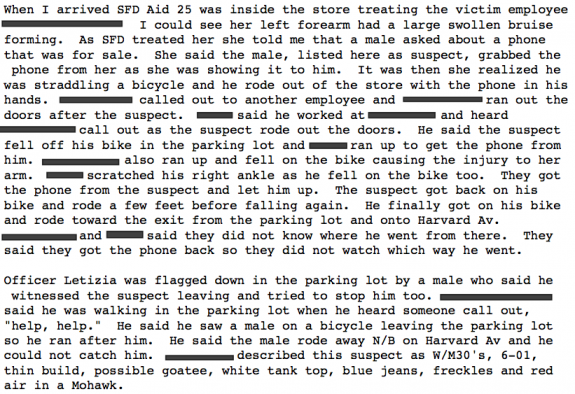 CHS also reports that the person suspected in the infamous Car2Go hit and run from March has still not been charged.